Steve Gets Some Remarkable Help from Extraordinary Friends

Home from the hospital now for 3.5 months, Steve is making progress. He has a formal Physical Therapy and Occupational Therapy team - and they are doing an excellent job. Mobility remains a huge challenge. Back in April, it took four adults working with full strength to assist Steve into a sitting position. Now, he has enough core strength to maintain a sitting position on his own, at least for a time.

Transferring from bed to chair used to require a Hoyer lift. But one day, our friend George Mead brought in a sliding board. And it simplified Steve's transfers - and our lives - enormously. George isn't a Physical Therapist. But he'd had some real life experience, and beat all of the therapists to the punch.

Walking is a way off yet. Steve can stand for a minute or two at a time now. But to really build his leg strength, Steve needs to bear weight on his legs. And that requires a standing table for someone in Steve's condition. The standing table enables one to lie, secured, on the horizontal table, and then to be gradually tilted into an inclined position - and finally, upright. Medicare won't pay for such luxuries! And they cost between two and three thousand dollars, new.

Steve's Physical Therapist mentioned to our friend Suzi Spinner that Steve would benefit from a standing table. That was Thursday. Suzi made some rapid fire calls: to friend Bob Ness on Bainbridge Island, to me, to the MS-help Store in Edmonds. Suzi mobilized the troops.

Imagine Steve's surprise when Bob and another friend - who wishes to remain anonymous - arrived at our home  Saturday afternoon and wheeled in a gently used standing table! It's beautiful, crafted from a blond wood that complements the cabinets in our home.

After many thanks and good wishes were exchanged, our friends left to catch a ferry.

I asked, "Who has the kind of friends that would buy him a standing table? That's amazing!"

And Steve just looked at me and broke into tears.

It has all been pretty humbling. Our village is at work.

Steve and I hadn't gone out anywhere that didn't involve a medical procedure since March of 2010.  We moved him directly from Swedish Hospital to a fully accessible rental home in Lake Forest Park after his five-month hospitalization ended in July. He barely knows his new community.

Confined to the home, Steve's world has been terribly constricted. His activities are limited to Physical Therapy, Occupational Therapy, and, of course, Home Hemodialysis.

But oh, how Steve has longed to get out to a movie. What was once a weekly ritual now seemed unattainable.

We did have a couple of free tickets, and Steve had been approved for door-to-door service on the Metro Access bus. Could we manage it?

Yesterday, we did it! Steve and I took the Access bus to a neighborhood theater, ate a little lunch at the Jewel Box Cafe, topped that off with too much theater popcorn, and maneuvered into the best seats in the house. We had the whole theater to ourselves as we witnessed Gordon Gekko's comeback in Wallstreet: Money Never Sleeps. We watched the previews - for next time.

We spent the afternoon doing deliciously ordinary things. The kind of extraordinary things we all take for granted - until they're gone, of course.

On the way home, we rode part of the way with a woman we picked up at the Paramount Theater. In her electric wheelchair, she had gone to see Stuart McLean  from the Vinyl Cafe. Steve and I had seen his performance a year or two ago, when Steve was ambulatory. The woman described the show a little, and then turned back to read the Kindle book she'd attached to her mobile chair. She was doing allright.

We got back home about an hour-and-a-half after leaving the movie theater. But Steve was feeling well, and it was nice to see the city in the calm October dusk. It really was a perfect date. We felt included in the world. We felt participatory in our own lives.

Steve's ready for a little more mobility. He's been essentially bedridden since 3/2010. We transfer him from bed to wheelchair via Hoyer lift, but he needs a special van or Metro Access Bus for transportation out of the house. Steve have always been a huge movie buff, and DVDs just aren't cutting it. He's got cabin fever and he wants to get out!

Last week, his Occupational Therapist used a sliding board to transfer him from bed to wheelchair and back again. This is huge progress. He is now standing four times a day for periods of two minutes at a time - but that is amazing.

As if there weren't enough obstacles already, Steve suffered a nerve injury associated with one of his recent fistula surgeries. His left hand is of little use to him, plus he is terribly bothered by vexing jolts of forearm pain from time to time. Worse yet, the upper body strength he needed so badly was profoundly reduced.

What to do? The answer was obvious to Steve: a candy apple red electric wheelchair!

Steve will be able to move around the house on his own. Plus, when we get the Access Bus operational, we'll be able to go to the Crest Cinema for a $10 date! Life is getting better.

We're not out of the woods by any means. Steve is still precarious. But a candy apple red electric wheelchair, a bit of mobility to remind us of normalcy? We're on our way.

We even made a visit to the Swedish Kidney Transplant Team. "Come back in six months," the surgeon said. "We'll see how far you've come by then. A transplant is not completely out of the question, but you'd have to be willing to die for it."

Something tells me that that candy apple red chair may be the token of Steve's midlife crisis. Read that MIDlife crisis, not end of life crisis.

When the Caregiver's Feelings are Wounded

A patient of mine tearfully told the story of her elderly mother's bitter dissatisfaction with her home health care. Most poignant was the implication that the daughter could have - or should have - been doing more to assist her mother. The daughter, who had gone well above and beyond the call of duty to provide loving, safe care, was understandably wounded.

Another woman, who has provided Home Hemodialysis assistance for her husband for many years, noted how painful it felt when something she would do would seem to irritate her husband. Her only desire was to help!

I remember an evening years ago during a Home Hemodialysis run with my husband Steve, when he asked a question I couldn't answer.

"Where did you go to medical school - Guatemala?" he snorted.

I was furious. Here I was - balancing a medical practice, the new-to-me technology of Home Hemodialysis, his illness, a teenaged daughter - spending every available moment on Steve's care - and Guatemala? (which may have a perfectly good medical school, but I went to the University of Washington...)

"You can finish your own damned dialysis!" I said, storming out of the room.

Of course, I returned. Of course, I finished the run. Of course, I understood that I wouldn't want to trade places with Steve - and that his sarcasm arose from his own sense of vulnerability.

We can understand - to the extent possible - with all our hearts and souls. We can liken the circumstance to a child who lashes out at a parent, knowing that the parent will not leave - that the parent is safe. But it can hurt to the core when you hear your loved one being "nice" to hired professionals and dismissive to you.

So what's a family to do? Here are some suggestions that may help:

Caregivers: Remember that while it can be ever-so-difficult at times, we do it out of love and out of the realization that it's the best thing for our families. And it is an opportunity to experience a type of loving intimacy that isn't available to many people.

That Joni Mitchell song keeps rolling around in my head: "Don't it always seem to go - that you don't know what you've got til it's gone....."

Our loved ones are still here. We take a breath and count those blessings.
Take care.
Linda Gromko, MD
Posted by LindaGromkoMDTransgenderBooks.blogspot at 11:21 AM No comments: 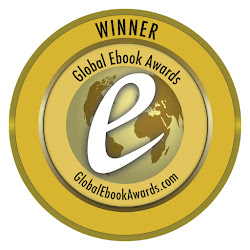